In this first blog entry we are going to look at a fundamental topic in order to understand how the Masonic degrees were created: the Originals. The central element around which each Masonic degree is built is usually a mythical story or a legend where the content of the degree is embodied. In many occasions this story is taken from the Bible, or is readapted from it. However, the themes selected to build many of the main Masonic degrees were not going to be chosen according to the free will of their creators, but were going to follow a series of triads that were used in the catechesis during the English Reformation. The Protestant catechisms employed as a means of study a series of triads that will be familiar to any Mason, and which are called the Originals.

During the sixteenth century, when sacred history was studied in the English environment (which had a growing Calvinist imprint), a series of trios were used as a mnemonic resource in order to facilitate learning. The parishioner did not learn the history of Moses alone, but studied Moses, Oholiab and Bezalel together. Likewise, Abraham was not studied separately, but together with Isaac and Jacob, and so on. 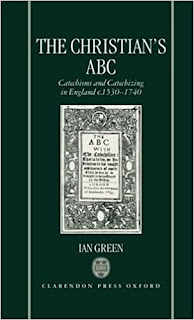 This catechetical usage has been forgotten, although it was very widespread in its time. Today it is very difficult to find any bibliography on the subject. However, Ian Green's The Christian's ABC: Catechisms and Catechizing in England c.1530-1740, on page 280,provides the complete list of Originals:

These Originals could be considered, in a certain sense, as the building blocks of the Masonic degrees. If we go through the Originals one by one we find the following:

The triad formed by Solomon, Hiram King of Tyre and Hiram Abiff is the one that articulates the degree of Master Mason, as well as other degrees that continue this legend, as is the case of the 5th degree Secret Master or 6th Intimate Secretary, of the Ancient and Accepted Scottish Rite.

After the Original formed by Solomon, Hiram King of Tyre and Hiram Abiff, the most important is undoubtedly the one made up of Zerubbabel, Haggai and Joshua. This triad is the one that articulates the Royal Arch, as well as the degrees 15th Knight of the East and 16th Prince of Jerusalem, of the Ancient and Accepted Scottish Rite. The reconstruction of the Second Temple and the return from the Babylonian exile will be the Bible passages employed in Freemasonry to ritually embody the discovery of the Sacred Name and with it the culmination of Freemasonry.

Josiah, Hilkiah and Shaphan are the three protagonists of the Irish Royal Arch. The Irish Royal Arch is striking because, while the rest of the world works with Zerubbabel, Haggai and Joshua and the rebuilding of the Second Temple, Ireland works with Josiah, Hilkiah and Shaphan and the repair of the First Temple (not the rebuilding of the second).

The triad made up of Moses, Oholiab and Bezalel is the first Original (first or Holy Lodge, as the ritual reads) that Royal Arch Masons commemorate in our Festive Boards. Solomon, Hiram King of Tyre and Hiram Abiff form the second or Sacred Lodge; and Zerubbabel, Haggai and Joshua constitute the third or Grand and Royal Lodge.

It is worthwhile to dwell on the Passing of the Veils. This ceremony is not currently performed in England (with some exceptions), but it is in Scotland, Ireland and the United States, always as a preliminary step to the Royal Arch. In this ceremony the candidate must pass through a series of veils, which are also associated with Originals. It is very interesting what F. de P. Castells says in this regard in Historical Analysis of the Holy Royal Arch Ritual (1929), because it allows us to appreciate that the Originals were not something immutable, and that the Masonic ritual could also use Originals different from those cited by Ian Green. In what Castells calls "the old American ritual" the password for the Second Veil is "Shem, Ham and Japhet", and the password for the Third Veil is "Moses, Aaron and Eleazar".

The Original formed by Noah, Shem and Japhet has been especially important in the history of Freemasonry. The figure of Noah has dissapeared from the current Craft rituals, but nevertheless this triad appears in the Royal Ark Mariner degree (properly speaking, the Ancient and Honourable Fraternity of Royal Ark Mariner), as well as in the 21st degree Noaquite or Prussian Knight, of the Ancient and Accepted Scottish Rite.

Initially, the figure of Noah was of particular relevance in Freemasonry. The Graham Ms. (1726?) depicts the raising of the Master with Noah in the role today performed by Hiram Abiff. But as important as this is the fact that the Flood was an symbolic tool used by Calvinists to defend theologically two of the Five Points of Calvinism.

The Five Points of Calvinism are as follows:

We will not expand now on the explanation of the Five Points of Calvinism. But the fact is that Calvinists always considered the episode of the Flood as a demonstration of the Unconditional Election (God is sovereign and chooses whom He will choose, while the others will perish) as well as of the Limited Atonement, which is a natural outgrowth of the doctrine of Unconditional Election (Christ did not die for all men, but only for the chosen ones).

In a certain sense, the figure of Noah has been a collateral casualty of the process of de-Christianization that Freemasonry underwent during the first half of the eighteenth century. For the Protestant mentality, Noah was a forerunner of Jesus Christ. Just as Christ was sealed in the tomb after his crucifixion and death, so was Noah shut in the ark. As Noah became the hope for humanity after the flood, so Christ became the hope for humanity after his resurrection. God made a covenant with Noah, and He made a covenant with us through Christ. However, Noah's importance in Freemasonry is demonstrated nowadays by the fact that one of the most important degrees revolves around him and his offspring: the Royal Ark Mariners.